As the world gradually recovers from the shock to the economic and health sectors caused by the pandemic, other aspects of this extraordinary situation that could catalyze long-term change are becoming clearer. One of these is the potential of robotisation highlighted by the global health crisis. Research shows that companies with a large proportion of their operations roboticized and automated have weathered the pandemic much more easily.

Automation helps during the crisis

Last year, McKinsey&Company, an international management consulting firm, conducted a survey of 400 companies about the impact of the pandemic on their operations and future prospects. 94 percent of respondents said that automation of activities helped them to continue working during the crisis, 56 percent identified the technology as very important.

The International Robotics Federation, which publishes data on robotization processes from around the world every year, says the number of robots working in the industrial and manufacturing sectors is growing every year – according to the latest data, in the five years from 2014 to 2019, a number of robots grew by almost 85 percent. There is no doubt that the pandemic has become an accelerator for robot racing, which has been going on for some time now – signs of growing demand are also seen in sectors that have been cautious about this in the past.

The largest SBA-owned furniture group in the Baltics, despite the challenges of the pandemic, has installed 10 new robots in 2020 only, next to 50 already installed before and this is probably one of the largest numbers in the country. Member company of the Lithuanian robotics association, Robotex has installed 20 robotic systems in various industries last year, and it sees room for much more untapped potential in the future.

Choosing between “now” and “later”

The pandemic forced some companies in our country to choose between two “now” and “later” directions. Companies had to focus on the “now” – keeping people, supplying raw materials, selling products. Investing in process automation has become a “later on” decision. It is difficult to see the benefits of robotics without employing any robots. However, it is the robots making it easier for companies to make development decisions. During the pandemic, companies that had at least partially robotized their work found that automated sectors were less affected.

The number of robotized areas is growing

In many cases, the more active interest in robotization in our country is hindered not so much by the issue of funds as by a conservative approach to innovation or lack of information. The focus on robotics should be more visible at the state level as well – after all, modern technologies grow not only companies, but also the country’s economy.

CEO of Robotex highlighted that, “The pandemic will stimulate a wave of robotization in Lithuania and in the world. It is common for everyone to see robots in the furniture, wood, food or medical industries, but I would increasingly assume that they are moving into sectors other than those where they are established. Robotic solutions are expected to take root in agriculture soon, with self-propelled tractors and drones irrigating crops. Robots are used even in areas such as psychotherapy.”

“During the pandemic, companies that had at least partially robotized their work noticed that automated sectors suffered less. The number of robots working in the industrial and manufacturing sectors is increasing every year – in the five years from 2014 to 2019, it has risen by almost 85 % worldwide. Although there are five robots per 10 000 employees in Lithuania, in 2017 this number increased by as much as 150 %! The pandemic has become an accelerator of robotics racing for some time – signs of growing demand are also being monitored in sectors that have been cautious about this issue in the past. Soon, robotic solutions will be visible not only in the furniture or wood industry but will also take root in agriculture – self-propelled tractors and crop-watering drones will appear here. Robots are used even in areas such as psychotherapy”

Vytautas Kazlauskas, Board member of the Lithuanian Robotics Association

However, robots will never replace humans. Technology does not crowd out people but encourages them to acquire new skills or reorient their functions. This is evidenced by the examples of many companies, which show that even with the introduction of robots in production, the number of people working in companies continues to increase. Robots are controlled by none other than humans, who can also do less monotonous or physically strenuous work thanks to robotic “co-workers”. Therefore, the question must not be “whether” to automate processes, but “when”, and to do so as soon as possible.

Read the article in Lithuanian here. 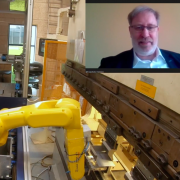 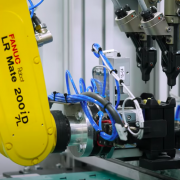 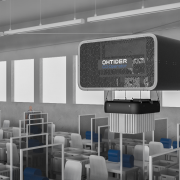 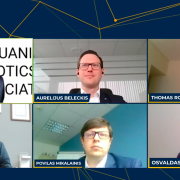 Lithuanian Robotics Association participated at the Lithuanian Business For...
Scroll to top

This site uses cookies. By continuing to browse the site, you are agreeing to our use of cookies.

We may request cookies to be set on your device. We use cookies to let us know when you visit our websites, how you interact with us, to enrich your user experience, and to customize your relationship with our website.

Click on the different category headings to find out more. You can also change some of your preferences. Note that blocking some types of cookies may impact your experience on our websites and the services we are able to offer.

These cookies are strictly necessary to provide you with services available through our website and to use some of its features.

Because these cookies are strictly necessary to deliver the website, refuseing them will have impact how our site functions. You always can block or delete cookies by changing your browser settings and force blocking all cookies on this website. But this will always prompt you to accept/refuse cookies when revisiting our site.

We fully respect if you want to refuse cookies but to avoid asking you again and again kindly allow us to store a cookie for that. You are free to opt out any time or opt in for other cookies to get a better experience. If you refuse cookies we will remove all set cookies in our domain.

We provide you with a list of stored cookies on your computer in our domain so you can check what we stored. Due to security reasons we are not able to show or modify cookies from other domains. You can check these in your browser security settings.

These cookies collect information that is used either in aggregate form to help us understand how our website is being used or how effective our marketing campaigns are, or to help us customize our website and application for you in order to enhance your experience.

If you do not want that we track your visit to our site you can disable tracking in your browser here:

We also use different external services like Google Webfonts, Google Maps, and external Video providers. Since these providers may collect personal data like your IP address we allow you to block them here. Please be aware that this might heavily reduce the functionality and appearance of our site. Changes will take effect once you reload the page.

The following cookies are also needed - You can choose if you want to allow them: